Uncovering the Story of The Dalles Chinatown

LAST CALL FOR THIS EXHIBIT! 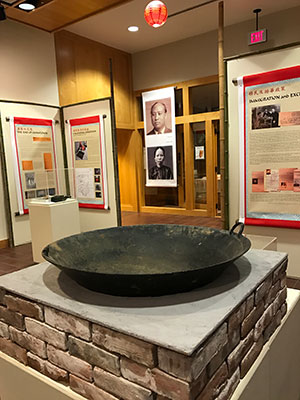 From the 1860s to the 1940s, The Dalles Oregon had a Chinese community that contributed to and supported the growth and development of the city, and Oregon as a whole. This exhibit strives to breathe new life into the rich and largely forgotten history of a small Chinatown, by bringing together stories found tucked away in archives, basements, and back rooms, and artifacts from under a layer of pavement at the site of old Chinatown on First Street. By combining the history and archaeology of Chinatown, we can now start telling the story of a people who made a new home in a place and country very distant and very different from their homeland; a people who experienced systemic and institutional racism, separation, and exclusion, but also found some degree of acceptance.

By the 1880s, this was a community dominated by Chinese merchandise stores that served a multitude of functions beyond just selling goods: they served as home to both transient and established residents, engaged in labor contracting and laundry work, and provided social diversions including gambling, and opium consumption. The initial archaeological excavations on First Street have begun to uncover the buried record of a time, place and people forgotten, at a site that still holds plenty of stories and secrets. 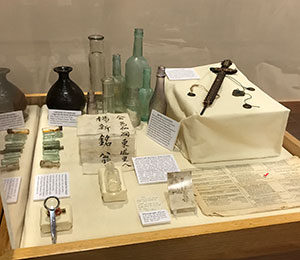 Curated by Eric Gleason, Jacqueline Cheung, Kelly Molina, Marilyn Urness, Rick McClure, and Columbia Gorge Discovery Center, A Community Forgotten: Uncovering the Story of The Dalles Chinatown exhibit will be on display through 2017.